Are you familiar with Bitcoin and other crypto-currencies? These are currencies not supported by any government, which can be traded anonymously and somewhat frictionlessly. They are gaining traction among people who want to make illegal transaction, who want to avoid taxes, and who just want freedom. And now, increasingly they are being used not as a currency for trade, but as an investment. As a result, people are working hard to make more Bitcoin, which is a complex mathematical operation called mining. Some organizations have set up huge computer farms employing custom hardware to do nothing more than mine bitcoin. 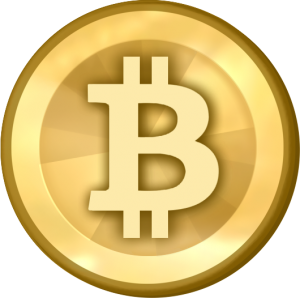 And now, reports are surfacing that various websites are embedding javascript in their files that surreptitiously mine bitcoin on your computer while you read their site. When I first heard of this, I was rather upset. After all, big, evil website people are using a facility in my browser to run code on my computer that doesn’t benefit me in any way! They are stealing my cpu, making my computer sluggish, and costing me real money in wasted power. On a cell phone, they’re even draining my battery? How dare they?

[ Also, from a pure engineering standpoint, when there are people out there using special-purpose computer chips to mine Bitcoin, can it possibly make sense to try to do the same using Javascript on my cellphone? The answer is yes, if you’re not they one paying for the phone or the electricity. ]

Anway, after some time, I calmed down and realized that this isn’t so bad, and it could even be … good?

You see, one cannot look at something we don’t like in a vacuum. It must be compared to real alternatives. We hear over and over from the advertising industry that websites need to make money. (not this one — ed.) That’s what pays for the content, the computers, and the personnel. Ads make the “free” Internet as we know it possible.

But ads suck. They are ugly and intrusive. They involves a third party — the advertiser in every page I visit. There’s me, there’s the website, and then there’s this guy over in the corner who wants to sell me viagra. Because the money is coming from the advertiser, he gets a say in the content of the site. Furthermore, he gets to know that I visited the site, and can start to collect all kinds of information on my browsing history, eventually creating a dossier on my personal habits that he will use to target me for the rest of my life. And finally, he gets to suck up my cpu cycles and my limited screen real estate in order to serve me his ads. It’s maddening!

I don’t like it, have never liked it, and would much prefer a subscription supported Internet. But that’s never going to happen, so I’m told.

So how is letting people mine bitcoin better?

Sure, they’re sucking up my CPU and battery just as the advertisers, but probably no worse, and perhaps that’s a fair price to pay.

Now, there are some problems with this approach that would have to be dealt with. First, I’m not sure Bitcoin mining is really a productive use of CPU cycles, and Bitcoin may itself be just a flash in the pan. So perhaps the world will consider other, better ways to monetize my cpu cycles, maybe selling them to someone like AWS or Google, which will then remarket them for normal productive purposes. Second, I think for such a system to be fair, the user’s need to know what is going on. There should be a way to know what a site is “costing” you. And finally, we need an easy and straightforward way for users to say “no”, and then, of course, the website would be perfectly in their rights to say “no” to serving up content. Turning off Javascript entirely is not a great solution, as Javascript is just too embedded in modern web to give up.

So, here’s a business idea for you. Create a company that offers websites to host the company’s javascript on their sites in return for payment. No data is collected, but CPU cycles are consumed if the user allows it, and the site owner is informed if they do not. The syndicate in turn remarkets the CPU cycles as a service to customers, something lightweight and context-free, like Amazon Lambda.

Electricity started out with small local generators, even “home” generators, then increasingly centralized for a long time, and today, there is a big push for “distributed” generation, which is basically decentralized power generation, but maintaining a connection to the power grid.

Computing started out small on home computers and has become increasingly centralized in big data centers. Will the next step to reverse that pattern?

2 thoughts on “Brother, can you spare a CPU cycle?”